Nate Gibson & the Stars of Starday

by Nate Gibson & the Stars of Starday 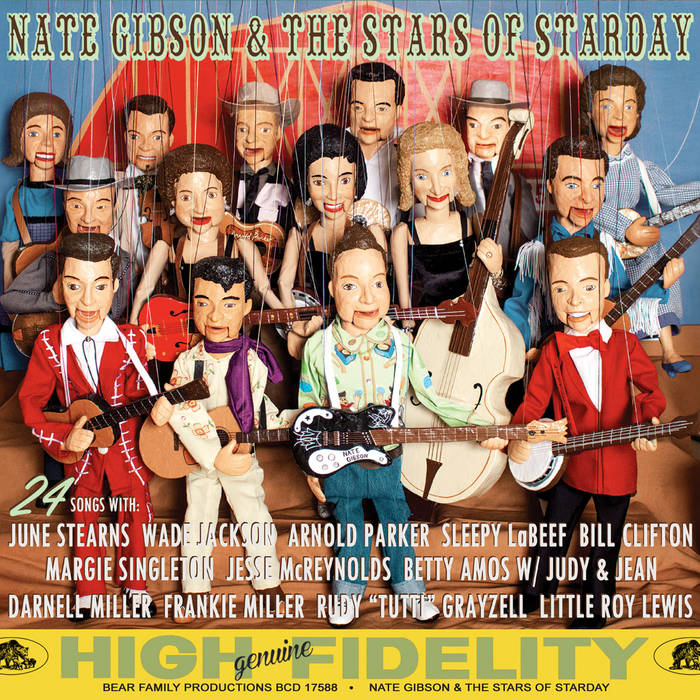 24 Starday songs recorded as duets with the original Starday artists:

Betty Amos w/ Judy & Jean - Stars of the Louisiana Hayride and Wheeling Jamboree who were among the first women to write & record their own truck driving songs. Betty was just the second woman ever recorded playing Scruggs-style banjo.

Jesse McReynolds - Bluegrass Hall of Famer and one of the longest tenured members of the Grand Ole Opry. Also 1/2 of the longest-lasting brother duet in country music history, Jim & Jesse.

What an amazing group of country music stars!! It’s a really fun record with a lot of traditional country music, bluegrass, rockabilly, western swing, honky-tonk, and gospel music legends from the 1950s and ‘60s! I love that all of these artists are still making great music today, 50-60 years after their Starday records first came out, and I'm super excited for their fans to discover these new recordings of their Starday classics!

Much like Starday Records, whose slogan was "Preserving Our Nation's Musical Heritage," so too is Nate Gibson. Nate has spent the majority of his life researching and writing about American roots music and during that time he has continued to tour, record, and write original music. His albums have been released by Bear Family, Swelltune Records, Goofin’ Records, and Cow Island Music. ... more

Bandcamp Daily  your guide to the world of Bandcamp